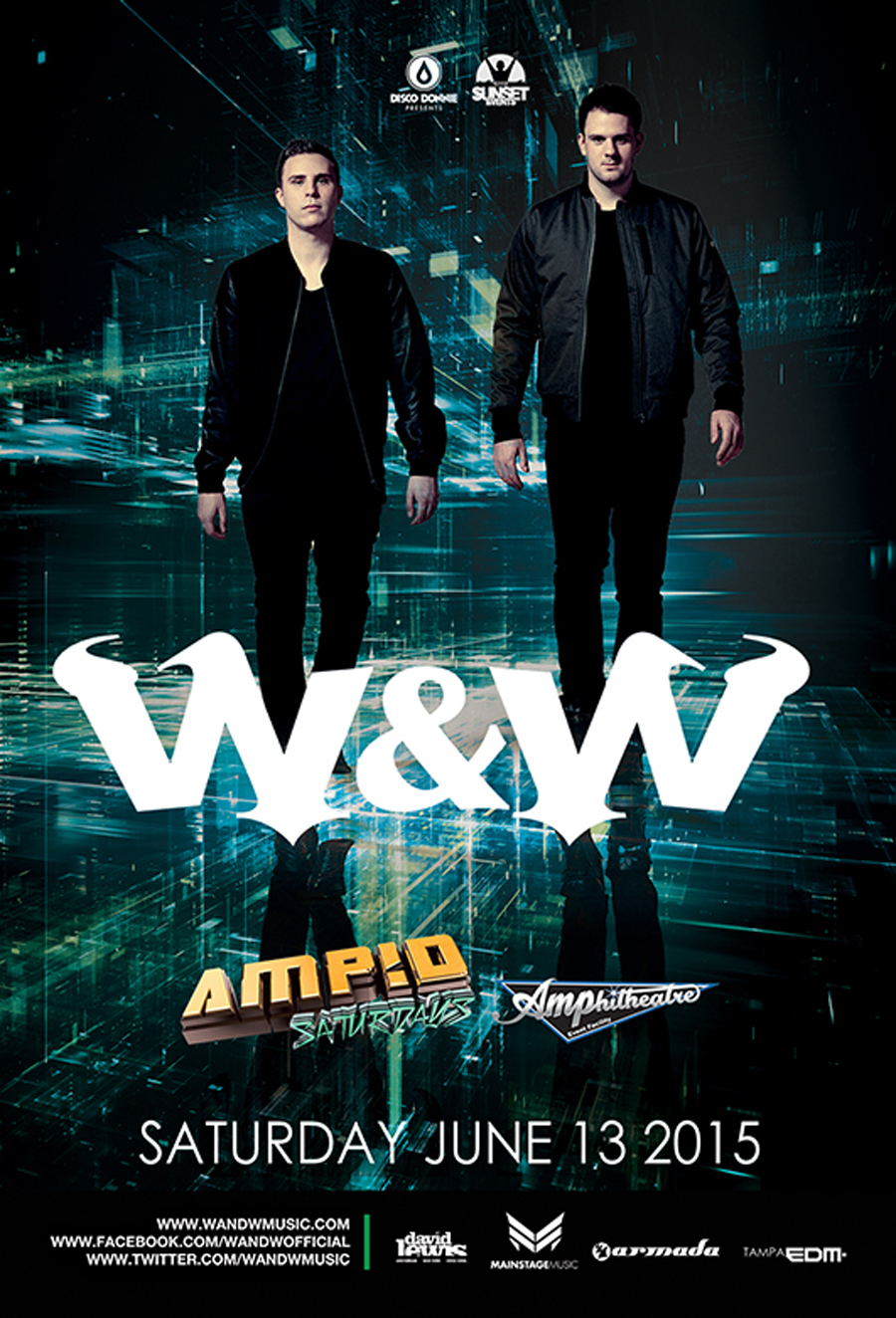 After a chance meeting up back in 2007 Willem van Hanegem & Ward van der Harst came together to form W&W and they haven’t looked back since. The past seven years have seen this Dutch production and DJ duo transcend the boundaries of genre and traverse the globe with their music and performances.

Fusing styles and mixing influences W&W combine the uplifting and melodic elements of trance with the raw intensity of electro and progressiveness of house to create a sound uniquely their own. Infectious, rebellious and highly energetic, their list of productions is championed by the likes of Hardwell, Armin van Buuren, Tiësto, David Guetta and more for its breadth, diversity and massive appeal to multiple audiences.

From their earlier works like the deep ‚Impact’, to the acid-rubbed ‘AK-47’, synth-driven ‘Moscow’ and floor pounding ‘Shotgun’, to later projects like ‘Invasion’, voted as official anthem for the „A State Of Trance 550” world tour, ‘Lift Off’, the embodiment of their multidimensional sound, ‘D# Fat’, their highly acclaimed collaboration with Armin van Buuren, the massive ‘Jumper’ with Hardwell, Beatport #1 smash ‘The Code’ with Ummet Ozcan (which became the most played track of Miami Music Week 2013), their chart topping remix of Armin van Buuren’s ‘This Is What It Feels Like’ feat. Trevor Guthrie and the official AMF (Amsterdam Music Festival) anthem ‘Thunder’, it’s clear each of the tunes leaving the W&W studios is a sure-shot of dance floor thrill.

As DJs, currently #14 in the DJ Mag Top 100, they are also dominating dance floors and festivals the world over. 2013 featured a hugely successful Miami Music Week, a participation in the ASOT600 world tour which ended at a sold out Madison Square Garden, and other festivals such as Tomorrowland/World, Electric Zoo, Ultra, Stereosonic and an Ibiza residency at Privilege to name a few. W&W even became first ever dance music act to perform at a Major League Baseball stadium when they took over Philadelphia Phillies Citizen’s Bank Ball Park for a two-hour set. And this year, their headlining status at the world’s most leading festival and clubs is about to get even bigger.

If that wasn’t enough, W&W continues to prove their status as innovators and tastemakers in the scene by also curating releases for their Mainstage Music label, and their popular weekly Mainstage Podcast.

2014 will take things to even new heights as kick things into high gear with the February release of – “BIGFOOT” – and launch of their brand new Las Vegas residency at Hakkasan.