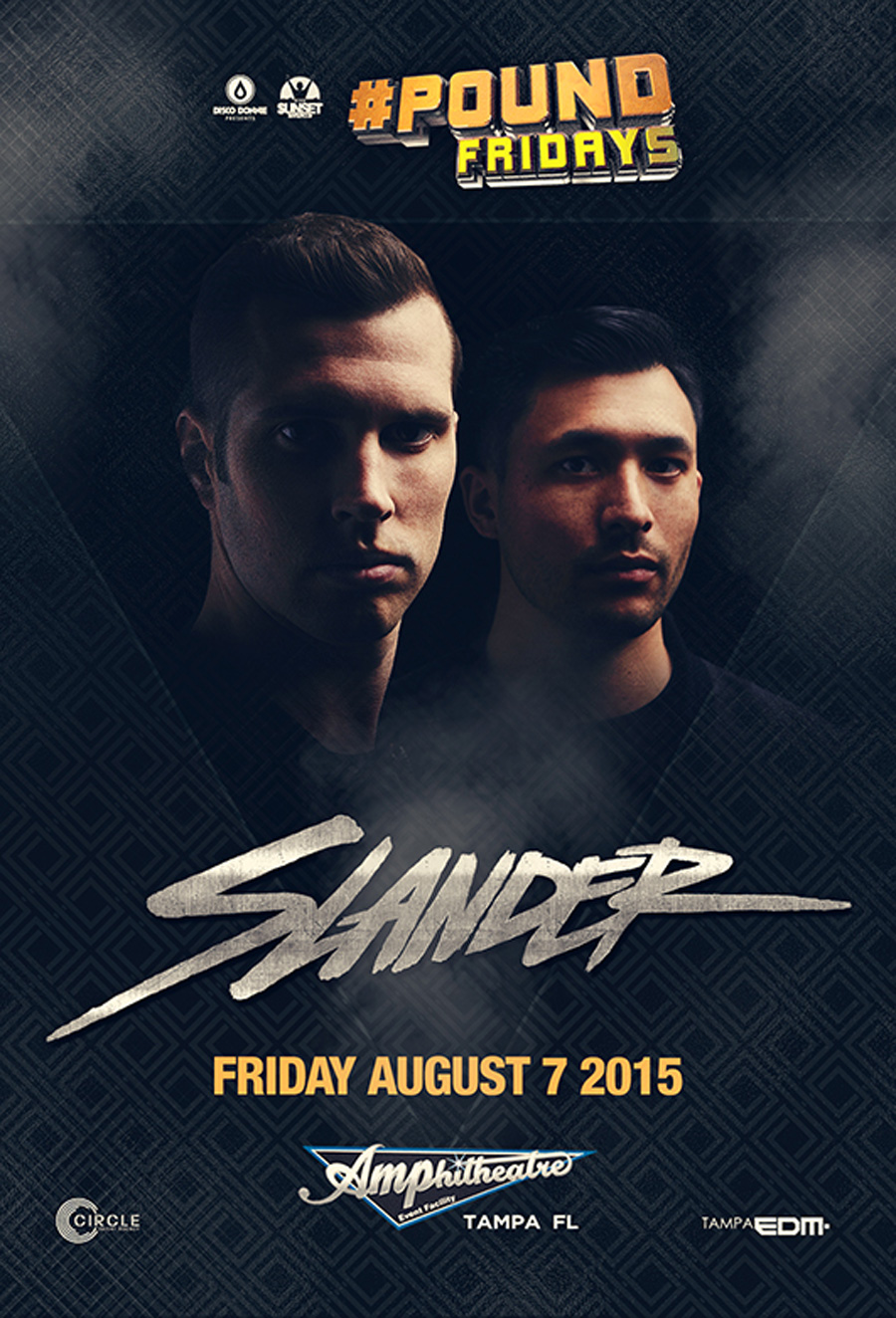 After destroying the main stage at Sunset Music Festival 2015, we only thought it was right to bring Slander to The AMP to let them throw down once more for the Tampa crowd.

Though they have been perfecting their craft since 2010, Slander has entered the dance music scene with the feel of an overnight success story. Veteran DJ’s as well as skilled producers, their releases have catalyzed a devout following, garnered millions of listens, and even has seen them craft their own genre dubbed “Heaven Trap.”

Even with their rapid rise, they are no stranger to support from the industry’s top producers including Skrillex, DJ Snake, Flosstradamus, Diplo, Porter Robinson, and Adventure Club. With past performances at Nocturnal Wonderland, TomorrowWorld, Something Wicked, and more, Slander has had the opportunity to show their tracks are festival worthy. The best venues from coast to coast have brought the LA duo out to headline, including Webster Hall (NYC), The Mid (Chicago), Create (Los Angeles), and they just recently signed a long term deal with the #1 club in North America, XS Las Vegas, alongside fellow residents Avicii, Deadmau5, David Guetta, and Zedd. Undeniably the fastest growing act in dance music, Slander is poised to make 2015 their year.