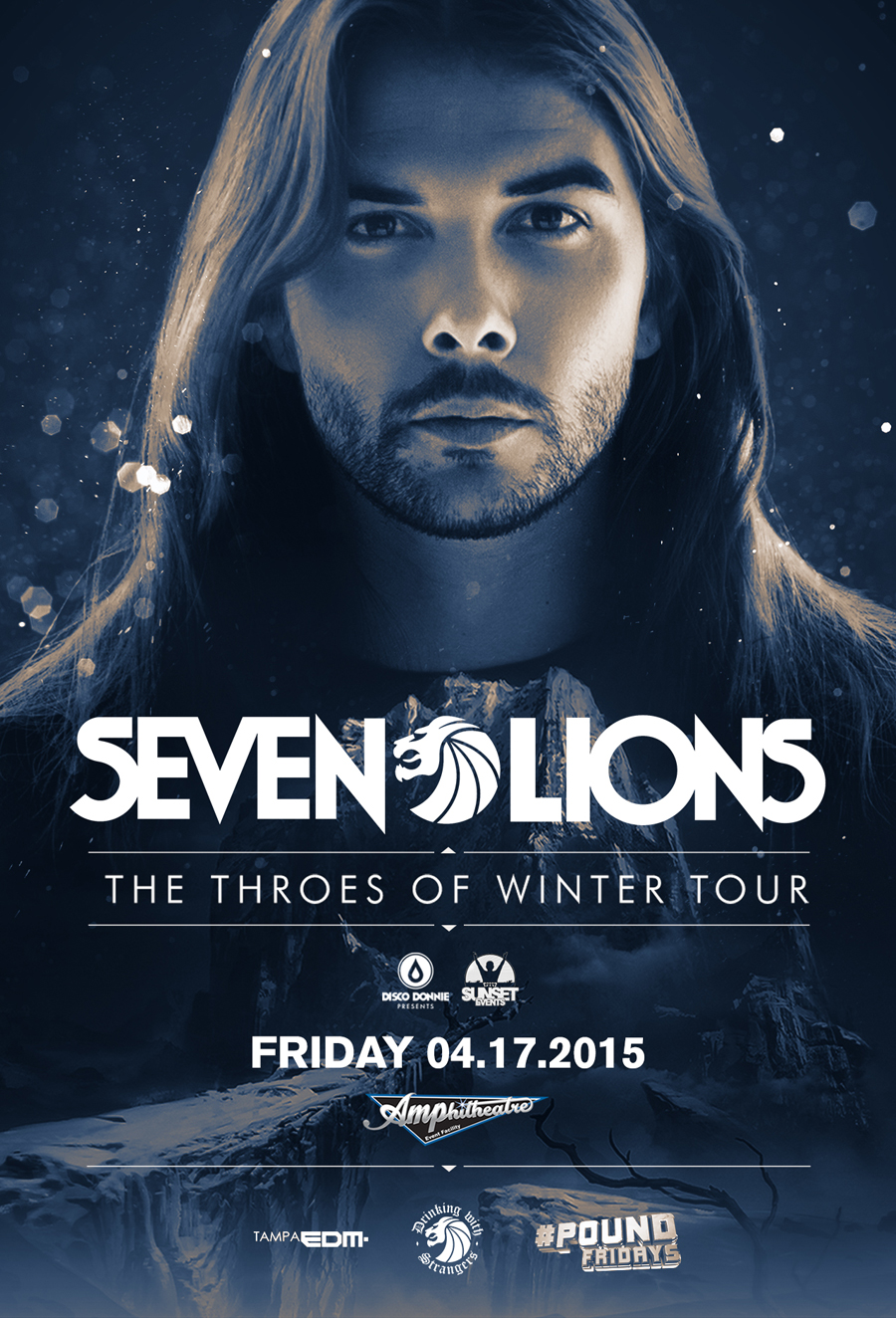 Seven Lions returns to The Amphitheatre on The Throes of Winter Tour on Friday, April 17, 2015.

As one of the most truly innovative, versatile, and sought-after producers in all of dance music, it is undeniable that Seven Lions is on an exponential rise to international prestige. By garnering the attention of some of the world’s most prolific and well-respected artists such as Above & Beyond, Paul van Dyk, Skrillex, and Ellie Goulding, among others, it is clear that his powerfully emotive, visionary brand of bass-driven electronica has broken through the status quo to unveil a rare, one-of-a-kind musical experience. With his sheer technical prowess in the studio and behind the decks, Seven Lions brings new meaning to the art of music production and performance with his masterful, intricate and imaginative compositions and live sets that shed light on his deeply impassioned motivations as a true artist. Seemingly ahead of his time, he will only continue to harness his infinite potential as a producer/DJ and further establish himself in a vanguard of his own.