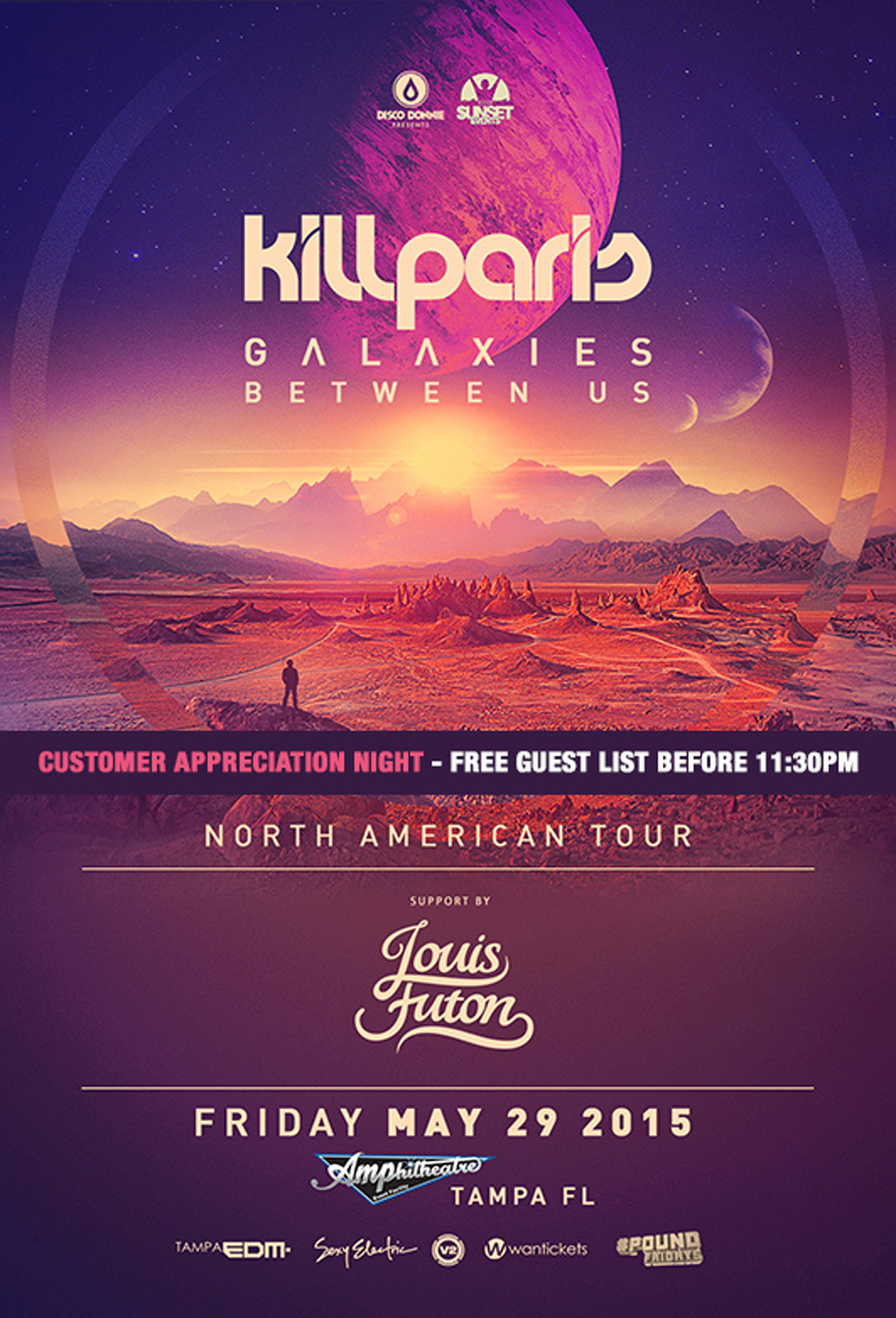 Recently Kill Paris aka Corey Baker announced the release date for his forthcoming full-length studio album, “Galaxies Between Us”, available 4.14.15 for free download.  This exciting news is just the beginning for what Corey has in store for you in 2015!  To follow up the album, Kill Paris and Sexy Electric are proud to present the “Galaxies Between Us” North American Tour!  The Tampa tour date will feature supporting artist Louis Futon alongside Kill Paris at Amphitheatre Event Facility on Friday, May 29, 2015.

Just last fall 2014 Corey went on tour with Bassnectar as direct support for his “Noise vs. Beauty” tour, if you had the chance to attend then you know the power and fun funky energy that Corey brings to his live performances. He has also performed live at several mega music festivals national and worldwide such as Ultra Music Festival, Global Dance Festival, Emmaboda (Sweden), Electric Zoo, Tomorrow World, SnowGlobe, Lights All Night, Coachella, and Counter Point.