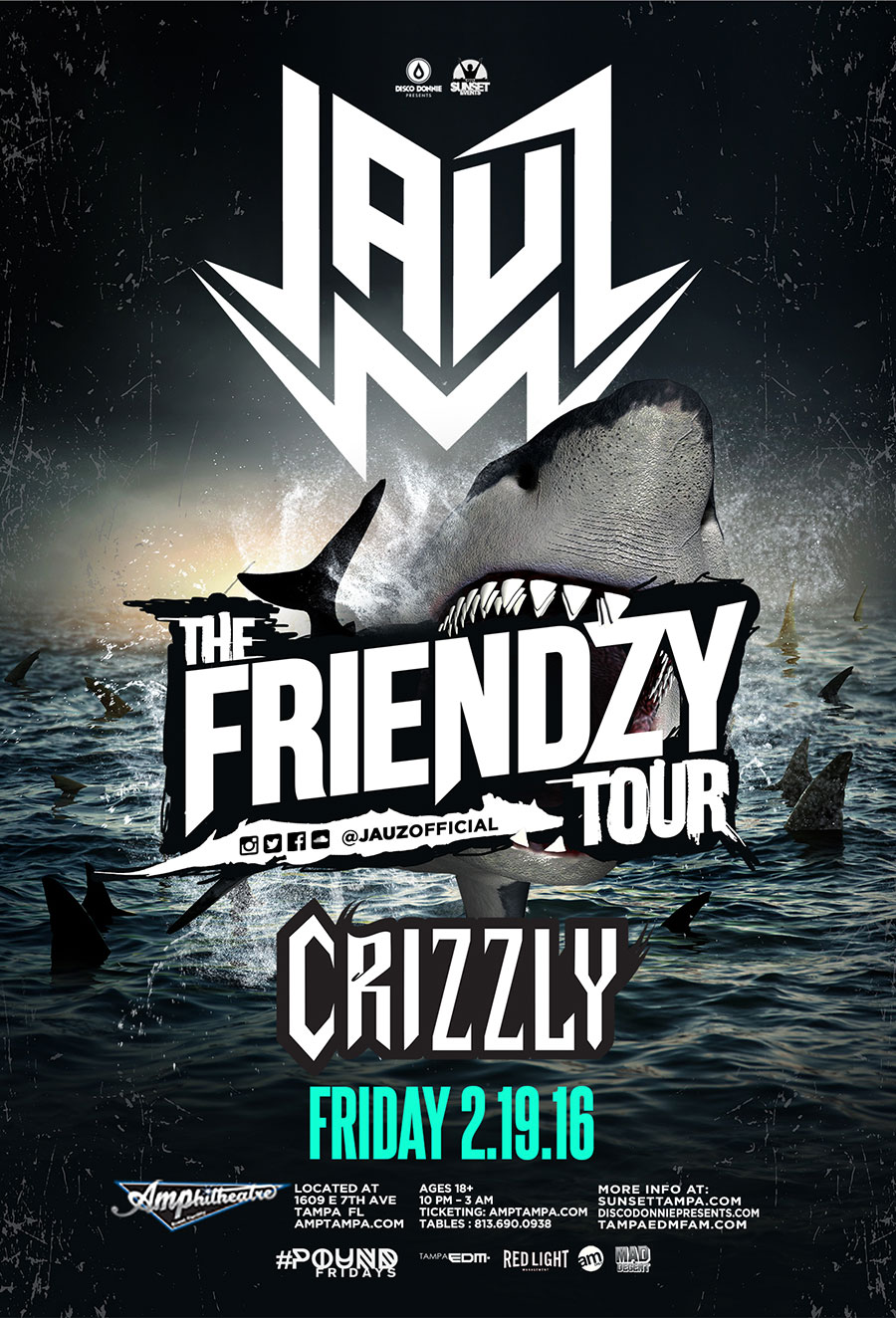 JAUZ returns to The AMP this February as The Friendzy Tour invades #POUND Fridays on February 19th. Tickets go on sale Friday, December 18, 2015 at 1pm eastern. Don’t miss out on one of dance musics fastest rising talents whose been making waves in the industry every where he goes! NOW WITH SUPPORT FROM CRIZZLY!

Genre blending has always been a core tenant of Jauz – the project of 21 year old LA-based and Icon Collective graduate, Sam Vogel. Over the course of the past few months we have seen the young star rise, turning in some of the biggest tracks of the year, from taking on the likes of Ed Sheeran, Asap Mob, Childish Gambino, and more. Jauz has released addictive mid-tempo originals like “Feel the Volume” and remixes like “Hella Hoes” that have left both the festivals and clubs wanting more and garnered him support from industry heavyweights like Zedd, Skrillex, Diplo, Borgore, Destructo, Arty and others. His euphoric originals and viral remixes seamlessly weave in and out of several musical categories, staying true to his creed: “music has no boundaries.”