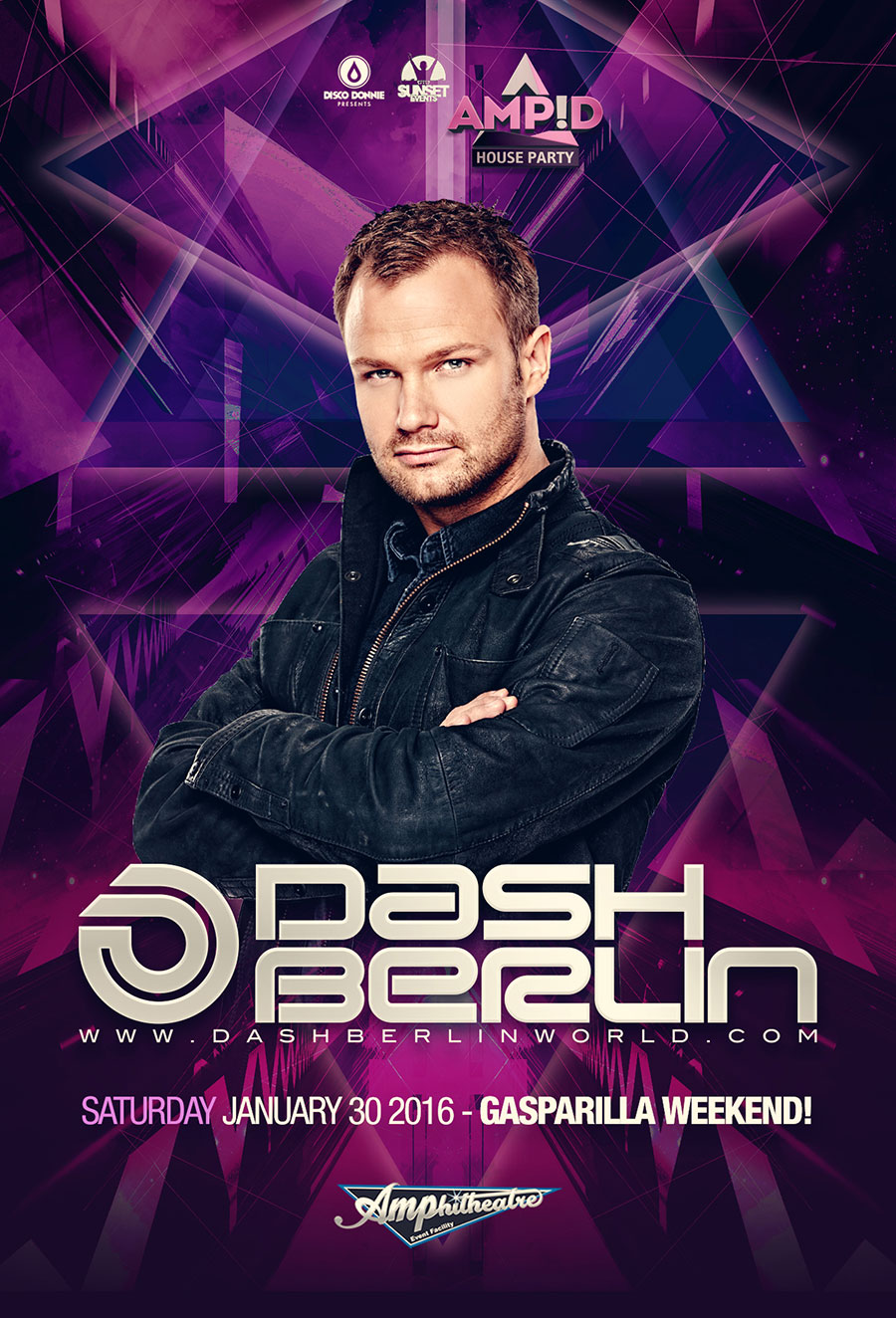 The breakthrough for Dash Berlin came in early 2007 with ‘Till the Sky Falls Down‘. The track shot to the top of the Trance charts worldwide, due in part to Armin van Buuren including it in the third chapter of his acclaimed “Universal Religion” mix album. Van Buuren subsequently signed Dash Berlin to the Armada Music label.

Dash Berlin won the IDMA award for the track ‘Waiting‘ in the category ‘Best High Energy Track’ and was nominated three times at the International Dance Music Awards, during the WMC in Miami in 2009. His tracks “Waiting” featuring Australian singer Emma Hewitt and ‘Man On The Run‘ (a collaboration with fellow Armada artists Cerf, Mitiska & Jaren) were both nominated that year in the category ‘Best Trance Track’. In Armin van Buuren’s popular radio show ‘A State of Trance’, the ‘Waiting‘ single was elected by the audience to the second best Trance track of the year in 2009. The music video was shot in Rotterdam and gained over twenty million views on YouTube.

In 2010, Dash was nominated for the ‘Best European DJ’ at the IDMA’s and entered the DJ Mag Top 100 poll at number 15. He won the DJ Mag Top 100 Award for ‘Highest New Entry’, during the Magazine’s ceremony at the Ministry Of Sound in London, hosted by Boy George. Dash beat other famous Dutch DJ’s such as Armin van Buuren, Tiësto, and Ferry Corsten as the highest Dutch entry till date.

On October 20th, 2011, DJ Mag announced the results of their annual Top 100 DJ Poll for the very first time in Amsterdam, with Dash Berlin placed at #8 in the world.

In 2012, Dash received a nomination for ‘Best Trance Track’ at the IDMA’s for his track with Jonathan Mendelsohn entitled ‘Better Half Of Me‘. October 2012: In Mexico Dash Berlin was nominated for a prestigious ‘Lunas Award’ in the category Electronic Music among other artists such as Armin van Buuren, Paul van Dyk, David Guetta, Sasha, and others. Later that month, Dash reached number 7 in the DJ Mag Top 100 poll, making him the second most popular Trance DJ in the world, right after his mentor Armin van Buuren. In December 2012, Dash Berlin was nominated for a ‘Tunisia Music Award’, Africa’s biggest award show till date.

In 2013, Dash Berlin remixes ‘Find You’ for Zedd and ‘Apollo’ for Hardwell. February 2013: Dash Berlin headlined the Ultra Music Festival in Chile and the Ultra Music Festival in Buenos Aires together with Avicii, Carl Cox, and Armin van Buuren. The 2013 EDC Week was officially opened by Dash and closed with a legendary sunrise set at EDC Las Vegas. In 2013, Dash Berlin received a nomination for the ‘Best Trance Track’ at the IDMA awards for his single ‘When You Were Around’ featuring British singer Kate Walsh. Late 2013 also saw Dash Berlin release the fourth installment of ‘United Destinations’, a series that showcases the best tunes in the world of D.B. April 2013: Dash Berlin wins two EMPO awards in the categories ‘Best Trance DJ’ and ‘Best Album’. Later that year, Dash received a nomination for ‘Best Trance DJ’ and ‘Best Trance Track’ at the IDMA’s for his track with Alexander Popov & Jonathan Mendelsohn entitled ‘Steal You Away‘. Dash Berlin was the first DJ to be announced for Armin van Buuren’s ‘A State Of Trance 600’ event in 2013. Dash played at ASOT Den Bosch, ASOT Mexico City, ASOT Minsk, ASOT Sofia, ASOT Beirut, and ASOT Guatemala.

As a true icon of the electronic world, Dash Berlin is no stranger to the DJ Mag Top 100 poll. Having comfortably secured a place in the treasured Top 10 for the past three years, there is no doubt that Dash is at the very top of his game.

In 2014, the 2014 EDC Week was officially closed again by Dash with another legendary sunrise set at EDC Las Vegas. Dash Berlin announced his highly anticipated album ‘We Are’ which is now available for pre-order on iTunes. June 2014: Dash was the first DJ to play at the legendary Boulevard Pool at The Cosmopolitan of Las Vegas. In August 2014 Dash Berlin headlines the east stage on the Sunday of the massive Electric Zoo festival in New York together with Skrillex and Diplo. Dash Berlin is nominated for a 2014 Ibiza DJ Award.