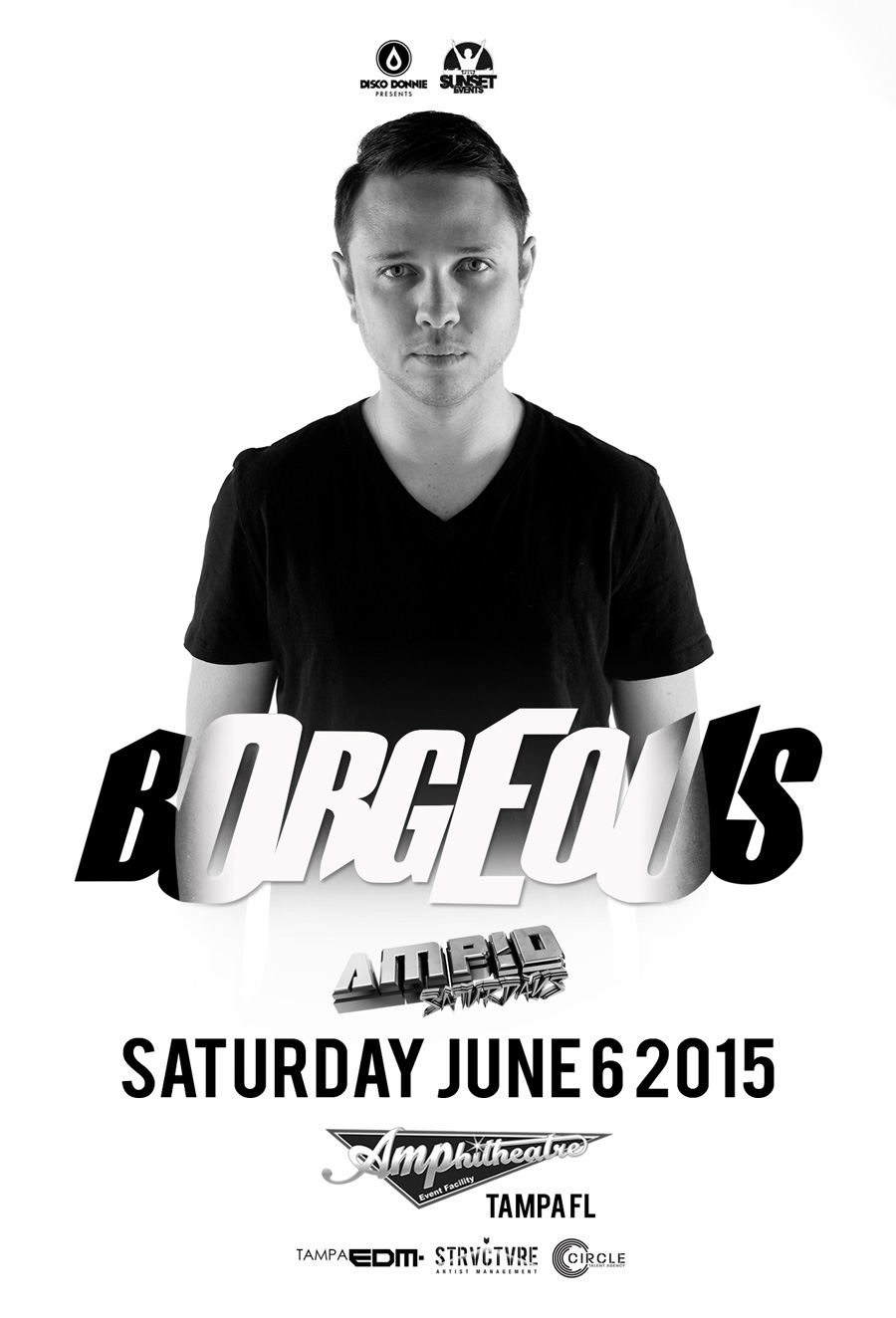 Borgeous at AMP!D Saturdays at The AMP

BORGEOUS returns to Tampa on Saturday – June 6th to The AMP!

BORGEOUS is quickly making waves in the scene as a music producer and DJ. His keen ear and innate talent to produce a provocative, textured sound have made people take notice. His biggest hit to-date, “Tsunami” is exactly as its title suggests as the hit single wrecked bars, clubs, festival stages, and stereos around the world, gaining BORGEOUS international fame. Premiered first by Pete Tong on his esteemed BBC Radio 1, “Tsunami” has been called one of the biggest tracks of 2013 and has hit every chart all over the world including #1 in the top 40 in the UK. The single won the EMPO Award for ‘Track of the Year’ and received nomination for The Juno Award ‘Dance Recording of the Year’. With his second release of 2013 entitled “Stampede,” BORGEOUS teamed up with Dimitri Vegas & Like Mike and DVBBS which landed him with back to back #1 songs on Beatport’s Top 100 Charts.